With the use of oral histories, navigable seasonal panoramic photographs, archival documents and images this permanent interactive exhibition explores the story of a remarkable architectural space. The dream of a Rabbi – Mortimer Cohen – who after WWII imagined a new space to house an American congregation at a time of rebirth after the Holocaust; a relationship between the synagogue’s charismatic Rabbi and the genius architect Frank Lloyd Wright; in which together they conceived a daring new vision for a modern, distinctly American, Jewish house of worship.
http://www.bethsholompreservation.org
Exhibits
Beth Sholom Preservation Foundation’s Visitor Center, Elkins Park, PA permanent 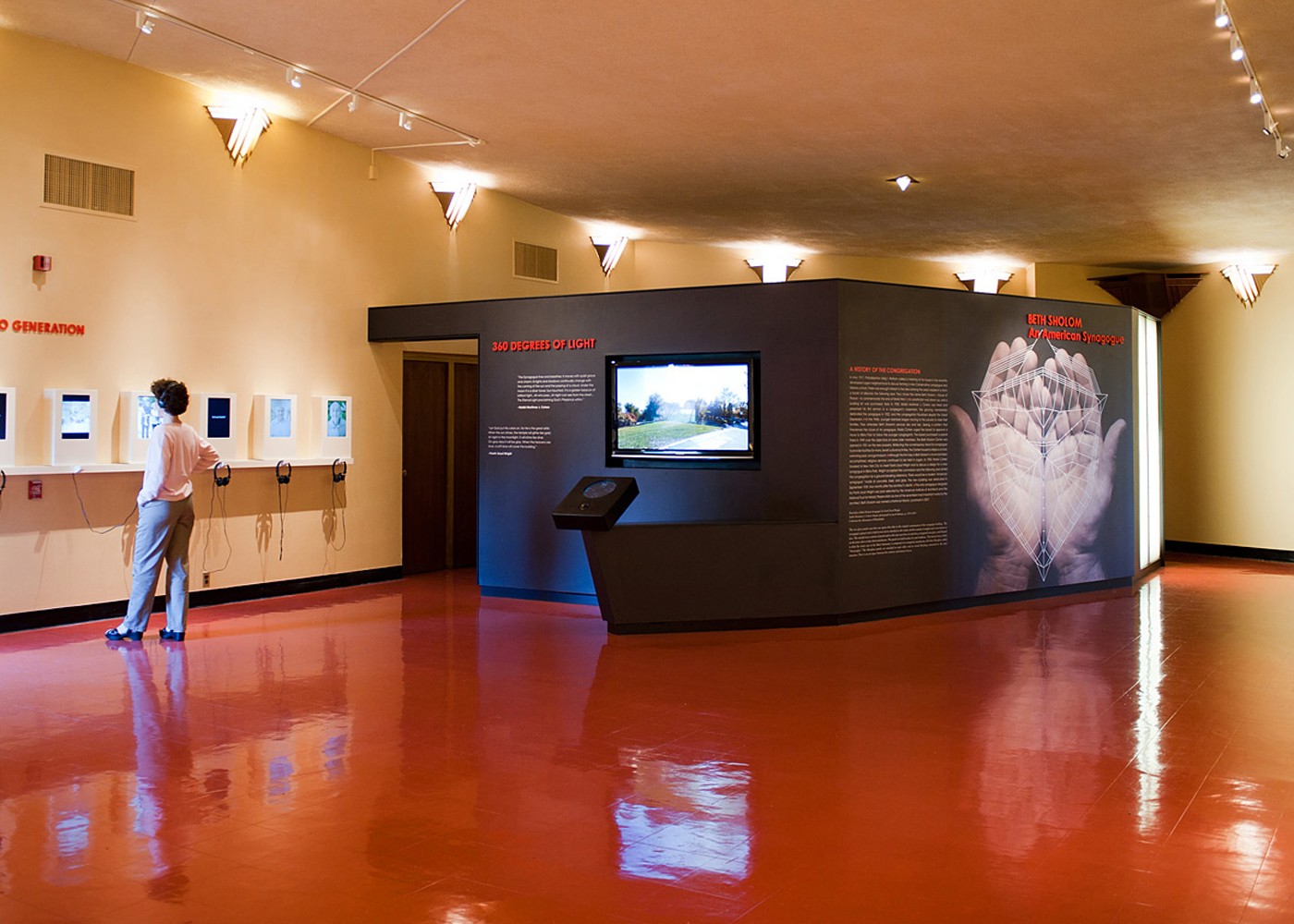 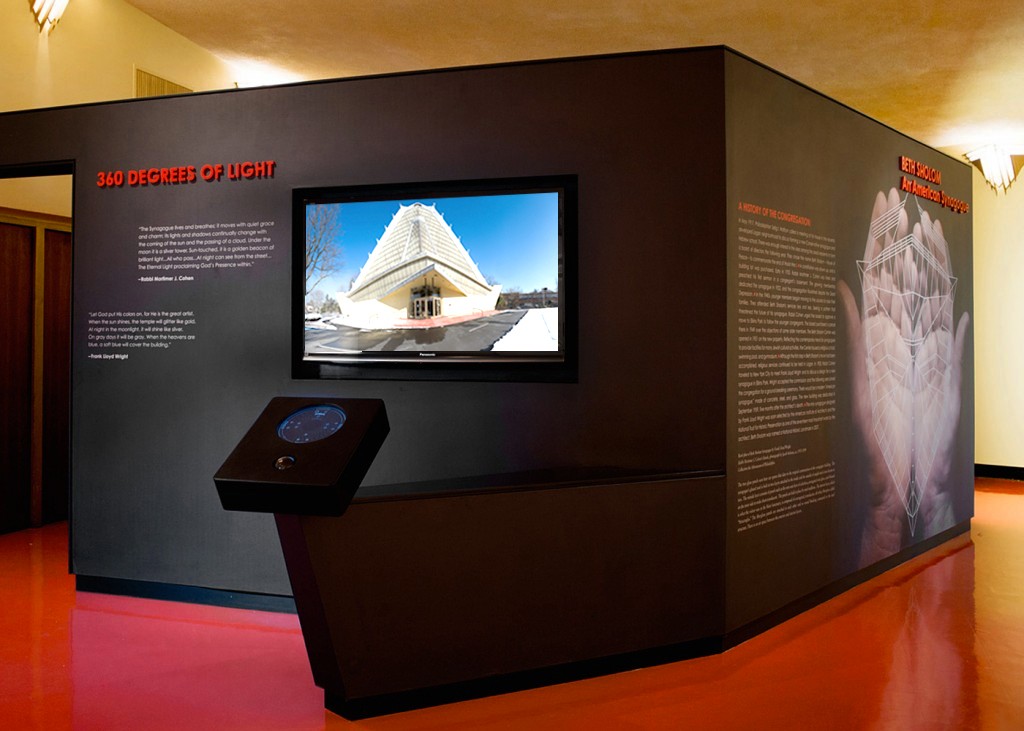 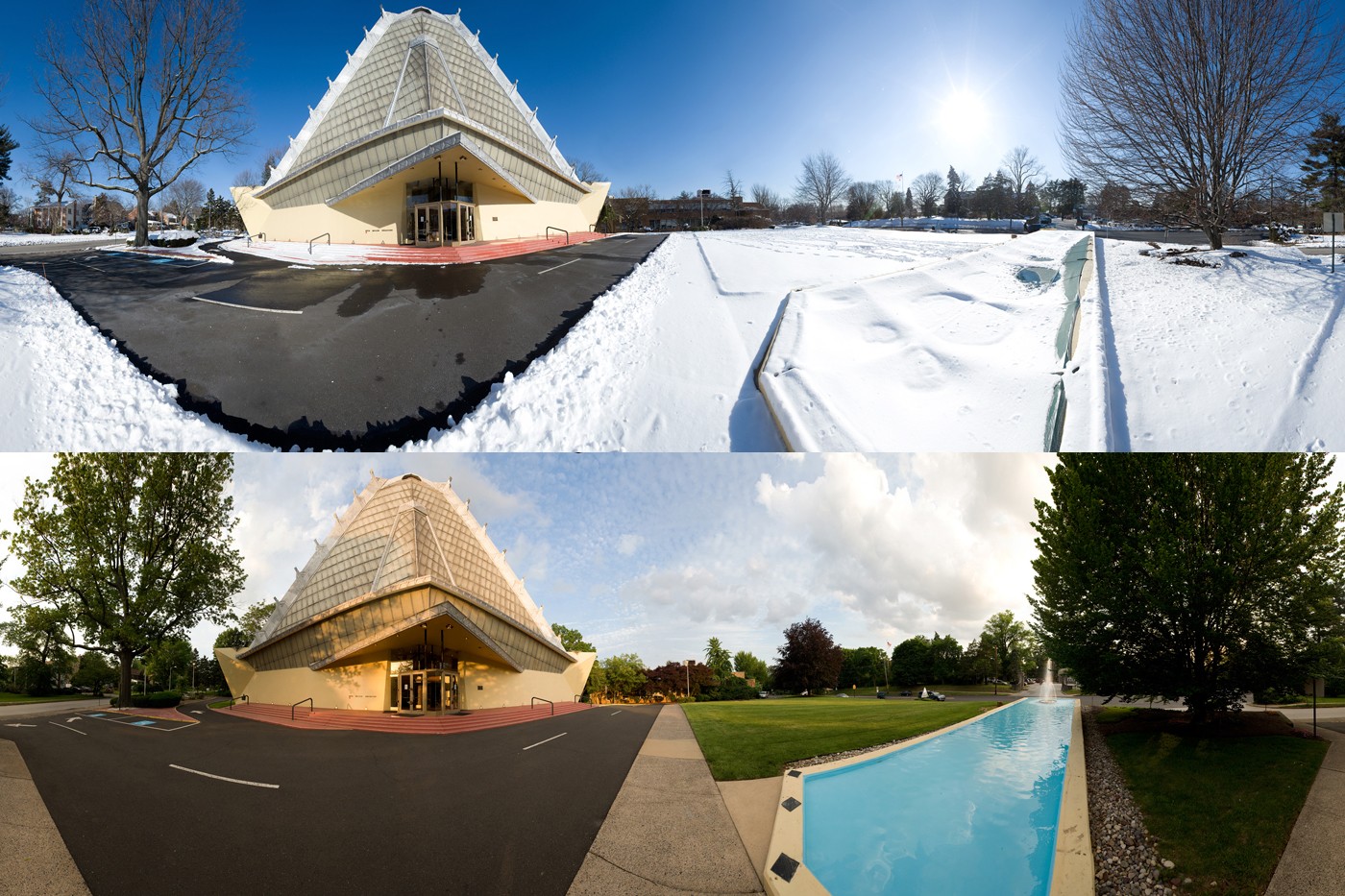 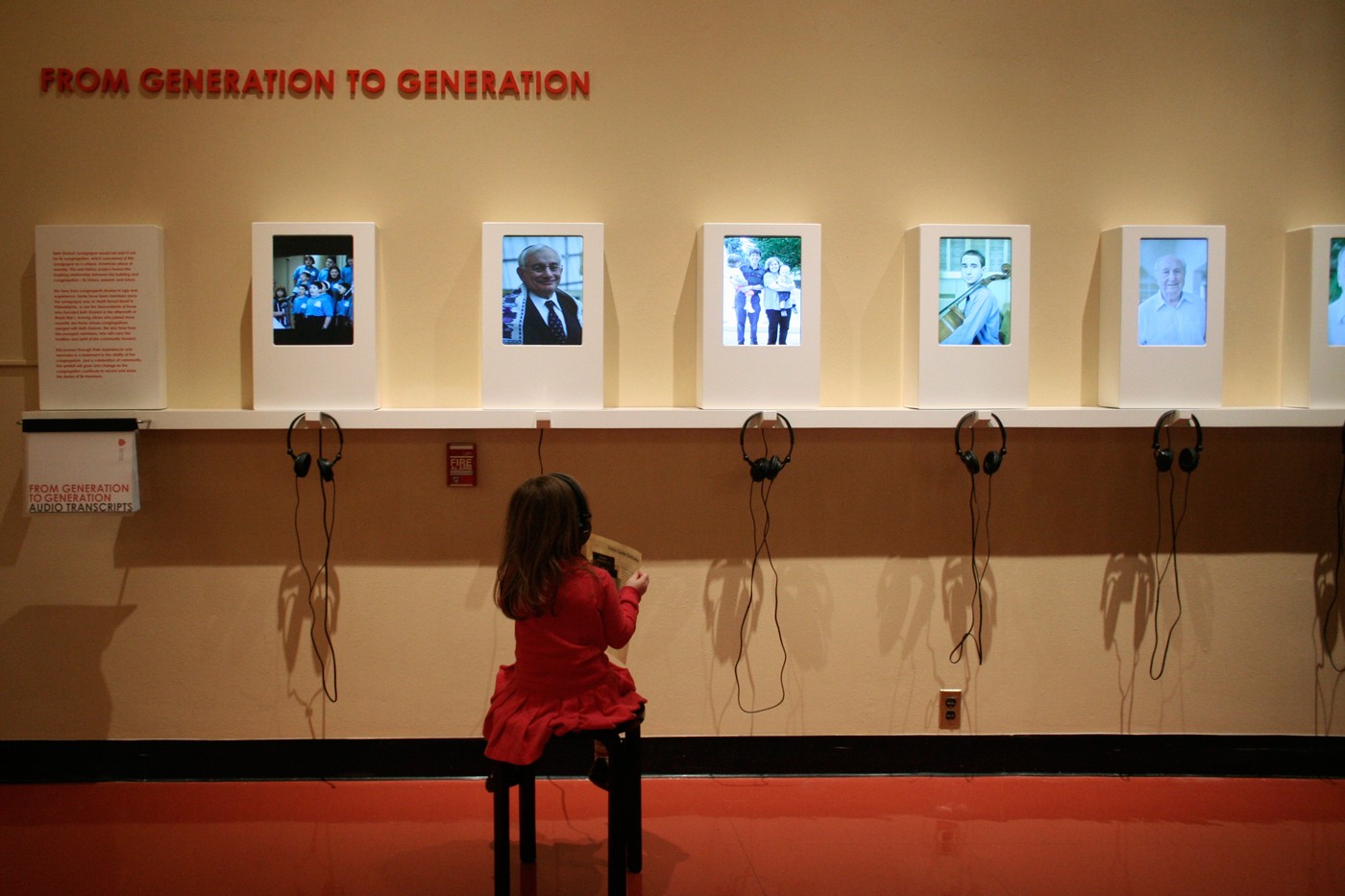 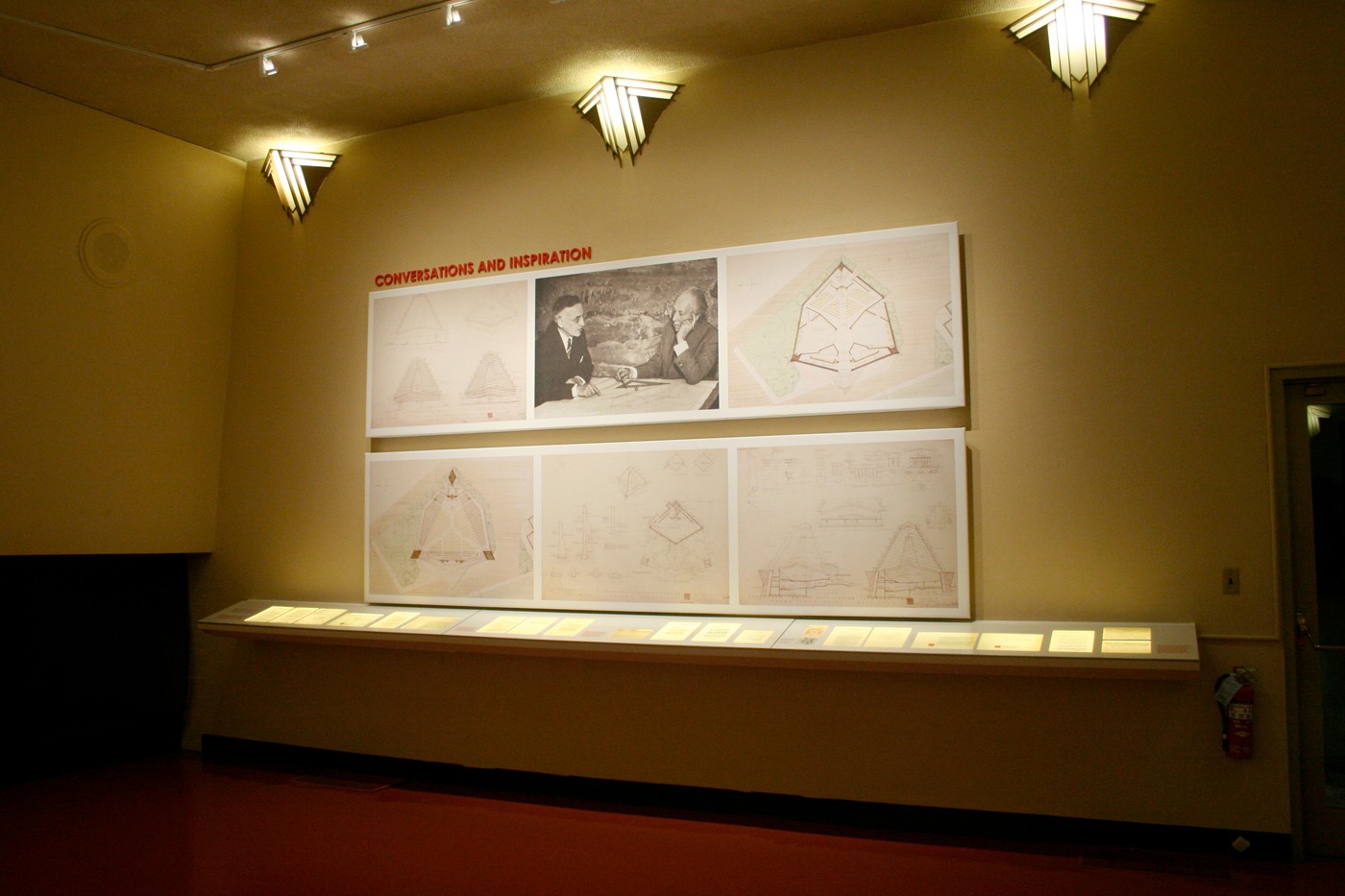 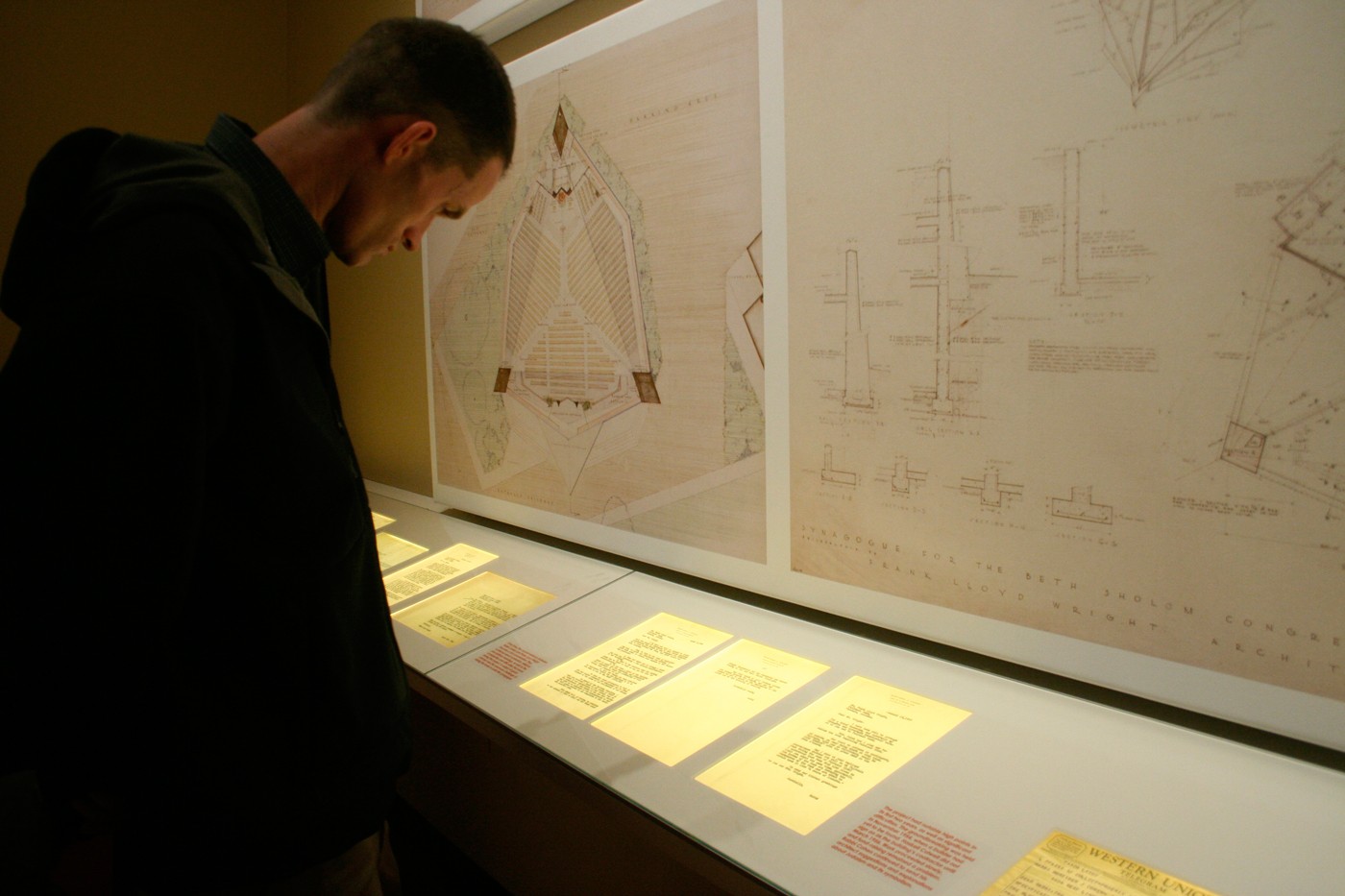